This section will show you how to be effective when giving:

Following these disciplines will help you become an effective coach that can successfully achieve results from your client.

Myles Downey observed a working environment and the notion of giving and receiving feedback. He came up with 3 hypotheses in relation to this, which were:

This shockingly emphasises how feedback is something that isn’t given and received quite often as we would have liked, and also in a manner we would like.

Our minds require feedback from the environment we’re in, in order to function properly. In organisations, it’s quite common to find managers and senior executives who walk around in a sense of hallucination because nobody has felt the needs to tell them the truth. The consequence of not receiving feedback is that we begin to form our own version of reality, and we don’t see anything wrong in what we do.

In other words, when people don’t know what reality is, they make it up. And when they make it up, they assume a lot of things when in fact isn’t true.

Obstacles to feedback and overcoming them

Here’s an example of how avoiding to give feedback can be detrimental to the performance of the person you’re coaching. The example here is derived from Myles Downey’s experience as a tennis coach and is relevant to you.

Now let’s look at a different scenario where the coach actively gives feedback and shows interest.

Often we find that when feedback is given, people tend to attach emotion to it and take things personally. This is where the term ‘positive feedback’ and ‘negative feedback’ derive from. However, there really isn’t such thing as either of them. Feedback is feedback. But what changes it is the way people receive it.

For example, if a manager is angry and gives feedback, the receiver will take it as “my boss is angry, so I won’t ever do that again, forget I even tried”.

As a coach, you want to give feedback and data as clean as possible without giving an excuse to the client to form an assumption or defensive mechanism.

It’s really difficult to give feedback with just clean data and no emotions attached as the receiver is likely to always get some sense of the intent and emotion. That’s just part of understanding the world around us from our own perceptions.

Let’s break down the concepts for a clearer understanding.

Giving Feedback in a coaching session

The trick to being an effective coach is understanding the client very well. When giving feedback, it’s important to initiate this before randomly blurting it out. Most likely would be that the client will get offended and not know how to react. You want to be welcoming and gentle, for example: “I’ve got some feedback for you, do you want to hear it?”. At times, the client might be in deep thought and doesn’t want to hear what you have to say and might actually say no. In these instances, you want to respect that and give them feedback when they are ready. Other times, you can be discreet but gentle by questioning the client, such as: “how does that fit into what you’re saying? Why is that relevant?”

There’ll be times when you will have ideas that you’d like to share with your client that may be appropriate to their situation. It will arise in your mind based on your intelligence, experience, understanding, imagination or intuition.

But it’s really worth noting that every individual has their own preference. Just like with feedback, there is a right and wrong time to give it- the same is for suggestions. It could be that the client doesn’t want to hear your input and is adamant on sticking to what they already know.

Here are a few tips to remember to help you combat any conflict:

When you give advice to the client, the most obvious thing will start to happen. As a coach, you’ll stop attending to the client’s needs and learning journey and instead focus on sharing your viewpoint. This can be a risky approach and should be taken with a lot of caution.

If you find yourself wanting to give advice, follow the simple steps just like with feedback and suggestions – you want to offer it first and if it is wanted by the client, then give it.

Just like feedback, suggestions, and advice-giving instructions also comes with making an offer. You want to seek permission from your client before instructing them to do things. Otherwise, this could backfire and appear invasive from the client’s perspective.

Appropriate times to give instructions:

Some people might listen to what you tell them to do, but in reality, they would do this because either:

It’s quite a passive and submissive approach from the client when they do this. But not always the most effective as what you tell them could just go over their heads.

Again, the same principle applies to tell it as it does with advising, and giving feedback/suggestions… you want to ask for permission before you do so. This creates a level of respect between you as the coach and them as a client.

TIP: ALWAYS remember the intention behind telling your client something. You want to result in them raising awareness and to help them in their learning journey. If you find that this doesn’t achieve so, then try to refrain from unnecessarily advising, suggesting, giving feedback and telling.

Get The Latest Tips, Tools And Resources That Can Help Your Business. 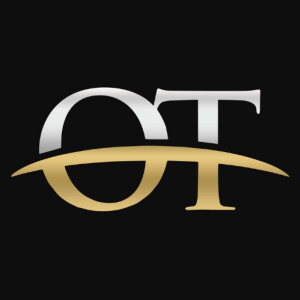 Setting Up A Ltd Company

Setting up a limited company is a straightforward process. You will set it up with Companies House. They have recently

How Do I Know My Marketing & Business is Working? Every entrepreneur should be able to speak the ‘language of